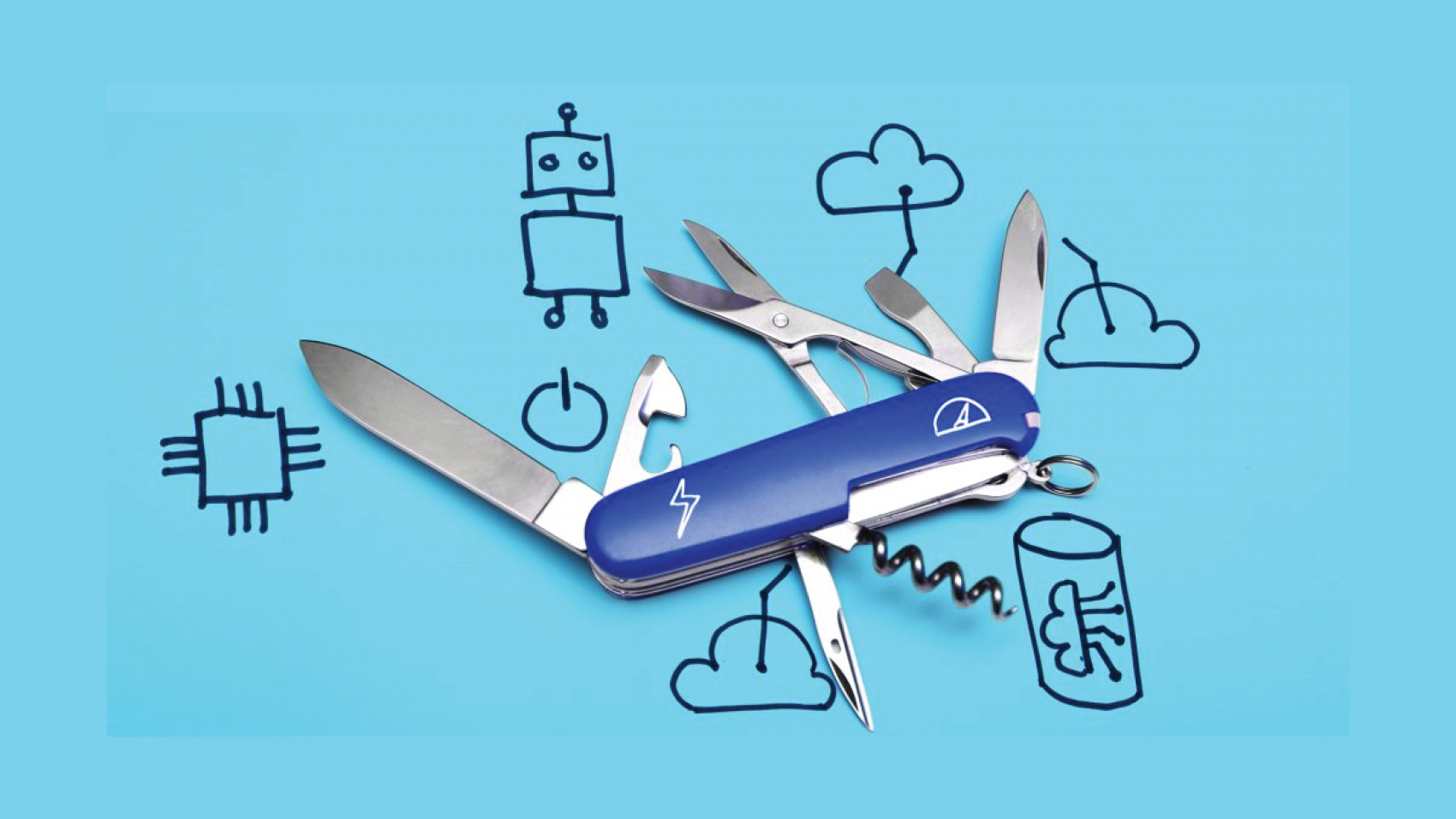 More than a hundred years ago (1880), the Swiss army no longer wanted to send its soldiers into the field with a multitude of individual tools such as knives, saws, screwdrivers (for dismantling rifles), can openers, and awls, because they were cumbersome, time consuming, and ultimately easy to lose. This problem led to the idea of designing an extremely practical, resilient, and flexible multi-tool that would support soldiers in their daily exercises and any military tasks. Thus the validated Swiss Army Knife from Victorinox was born, and it has since been developed further in many variants.

We see similar requirements in the adventure of digital transformation, which has drastically changed the way companies serve markets with their products or services. When you look at the number of applications, frameworks, and software variants in IT, it quickly becomes clear that, as with a complex adventure, you can no longer use a multitude of tools in cumbersome silo architectures. A kind of Swiss Army Knife for IT is needed.

According to the IDC study, the most important features for a multi-tool like converged infrastructure are:

FlexPod exceeds the requirements set forth by IDC, helping companies to survive the new “adventures” in the market.