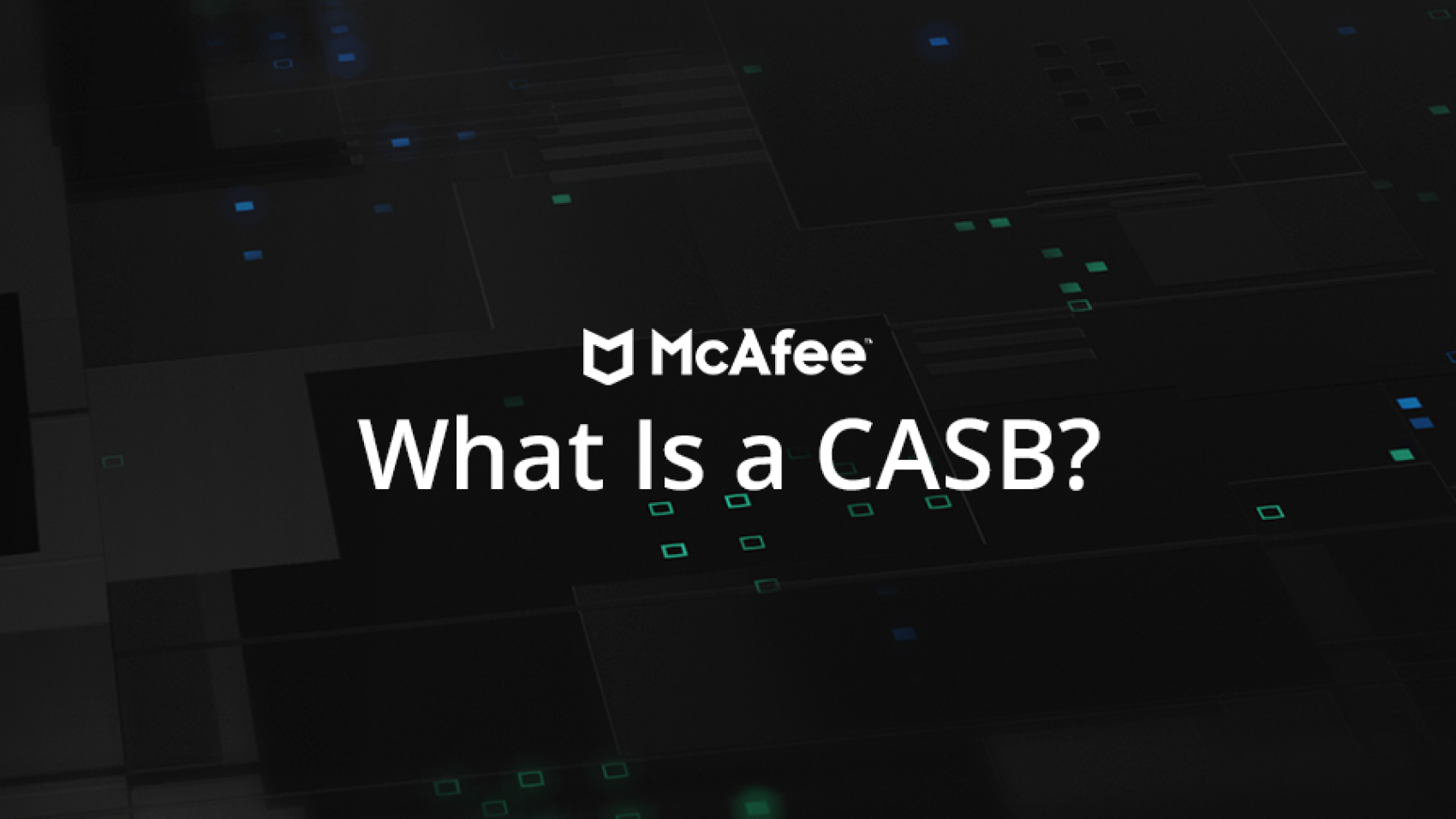 A Cloud access security broker, or CASB, is cloud-hosted software or on-premises software or hardware that act as an intermediary between users and cloud service providers. The ability of a CASB to address gaps in security extends across software-as-a-service (SaaS), platform-as-a-service (PaaS), and infrastructure-as-a-service (IaaS) environments. In addition to providing visibility, a CASB also allows organizations to extend the reach of their security policies from their existing on-premises infrastructure to the cloud and create new policies for cloud-specific context.

CASBs have become a vital part of enterprise security, allowing businesses to safely use the cloud while protecting sensitive corporate data.

The CASB serves as a policy enforcement center, consolidating multiple types of security policy enforcement and applying them to everything your business utilizes in the cloud—regardless of what sort of device is attempting to access it, including unmanaged smartphones, IoT devices, or personal laptops.

With the increase in workforce mobility, the growth in BYOD and the presence of unsanctioned employee cloud usage, or Shadow IT, the ability to monitor and govern the usage of cloud applications such as Office 365 has become essential to the goal of enterprise security. Rather than banning cloud services outright and potentially impacting employee productivity, a CASB enables businesses to take a granular approach to data protection and the enforcement of policies—making it possible to safely utilize time-saving, productivity-enhancing, and cost-effective cloud services.

The evolution of the CASB

Before the rise of cloud computing and BYOD policies, enterprise security existed in the same “walled garden” model that it had for more than a decade. But as services began originating in and shifting to the cloud—and employees began using these cloud services, with or without prior knowledge or approval of IT—businesses began looking for a way to enforce consistent security policies across multiple clouds and safeguard both users and corporate data.

The insights provided by their CASB were shocking to many IT managers, who soon discovered that cloud usage in their enterprise was much deeper and more pervasive than they had imagined. According to the 2019 McAfee Cloud Adoption and Risk Report, while the average IT professional thought the business utilized around 30 cloud services, in reality they were using an average of 1,935.

While stemming the threats resulting from Shadow IT was a primary use case, it wasn’t the only thing that drove widespread adoption of CASBs. During this time, many businesses were moving their data storage capabilities from on-premises data centers to the cloud. This made CASB, which protected both the movement of data (by restricting things like access and sharing privileges) and the contents of the data (through encryption) even more essential.

While this change was taking place, the threat landscape was also being altered. Today, malware is more pervasive, phishing is both more elegant and better targeted, and small mistakes—for example, opening an AWS S3 bucket to the public—can create a security hole that could cost millions.

Because CASB security measures include features specifically designed to address these issues, the use of a CASB is now regarded as essential elements of enterprise security. According to Gartner (who first coined the term CASB in 2011), by 2022 60% of large enterprises will use CASBs—triple the number that used them at the end of 2018.

Many CASB security features are unique compared with those offered by other security controls such as enterprise/web application firewalls and secure web gateways, and may include:

From its beginnings as an answer to Shadow IT, CASB has grown to include functionality that can be described in terms of four pillars:

Why do I need a CASB?

As services that were previously offered on premises continue migrating to the cloud, maintaining visibility and control in these environments is essential to meeting compliance requirements, safeguarding your enterprise from attack, and allowing your employees to safely use cloud services without introducing additional high risk to your enterprise.

How does a CASB work?

The job of a cloud access security broker is to provide visibility and control over data and threats in the cloud to meet enterprise security requirements. This is done through a three-step process:

Many CASB security features are unique compared with those offered by other security controls such as enterprise/web application firewalls and secure web gateways, and may include:

How do I deploy a CASB?

Simplicity is a major selling point of cloud access security broker technology. Along with ease of use, one major benefit of CASB is its ease of deployment. Still, there are some things to consider:

A CASB can be deployed either on premises or in the cloud. Currently, the SaaS version is most popular, and the majority of CASB deployments are SaaS-based.

Gartner suggests businesses consider CASB products that offer a variety of architecture options to cover all cloud access scenarios. The flexibility afforded by a multi-mode CASB ensures that businesses can expand their cloud security as their needs continue to evolve.

Three considerations for choosing a CASB

What to do before buying CASB

Due diligence doesn’t stop with taking a comprehensive look at all vendor offerings. Many cloud access security broker (CASB) providers offer cloud audits and free trials to help you get an accurate idea of your company’s cloud usage and learn how the CASB will fit into your overall security infrastructure. You’ll want to see whether the CASB integrates with other pieces of your cloud security strategy, such as your DLP, SIEM, firewalls, secure web gateways, and more, and determine your best points of integration. You’ll also have the option of integrating the CASB with some SSO (single sign-on) or IAM (identity and access management) applications—it’s best to decide sooner rather than later whether and how to take advantage of these capabilities.

“Test-driving” your CASB will help ensure you’ve made the right choice. You should choose one of your most mission-critical apps to initially deploy the CASB. Trying it on a smaller scope will allow a thorough test while causing as little disruption as possible, while deploying it on an essential app will ensure compatibility with that service before going forward. If the experience is positive, try expanding it on a wider basis.

During the trial and evaluation period, you’ll also want to determine the CASB’s role in authentication and the extent to which you want it to deliver these features.

With cloud adoption nearly universal, the need for visibility and control over cloud applications and data has never been greater. Regardless of where your data lives or where it’s going, however, the responsibility of enterprise security professionals remains the same: to protect your users, your network, and your data. Learn more about McAfee’s CASB offerings.